A Moment of Grace

When I met Bea, she had been laboring for a day at the hospital. The nurse called me because she felt doula support would help.

All during her labor, Bea’s eyes were closed. We spoke very little though she appreciated suggestions. Ultimately, when Bea needed a cesarean, I could be with her in the O.R.. I stayed with her until she and her baby were settled together. I knew very little about Bea but I’d been present at her labor and felt special care was deserved. When I offered a home visit, she accepted.

Bea lived with five male cousins and nephews. There were no women around, she was alone in more than one way. As a mother and a woman, I improvised rituals to honor her and her new baby. I began by offering to make hot tea.

We were alone in the quiet apartment, sitting with her baby. I asked his name, she said it meant Friday, his birth day, in her native language. Bea didn’t venture further conversation. I offered to do something helpful and she mentioned laundry.

I brought her clothes to the bathroom and ran water in the tub. Kneeling over the tub, I began washing her clothes. A few yards away, in the bedroom, Bea knelt on the floor and massaged her baby. She stroked his arms and legs with oil and sang in her native language. It was a song that I also knew.

Through many dangers, strain and strife
I have already come
Tis Grace that led me safe thus far
and Grace will lead me home.

She sang, I hummed, we washed and soothed together. We could have been in Ghana or India. We were in an apartment in Massachusetts.

Small moments of connection and calm are important, especially in the tender first weeks. I hope she will remember: two mothers, two languages, one song of Grace. 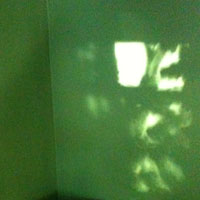