A milk depot can be at a clinic office, a yoga studio or a day care center and many other places in the community. Anything is possible! In Maine, there are four milk depots. 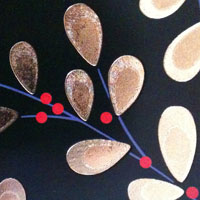