Support for Survivors of Domestic Violence

This is a repost of a blog I wrote in August for the Massachusetts Lactation Consultant Association.

Two things happened this August that made me glad for the upcoming “It’s Complicated” conference.  One was an article I read and the other was a workshop that I attended. Both dealt with more effective support for vulnerable women.

The article was particularly relevant to Rachel Blumberg’s upcoming presentation: “Building Your Tool Kit to Support Survivors of Domestic Violence and Sexual Assault.”

The August 19th New Yorker article (“A House Of One’s Own”) recounts the start of the first shelter for women fleeing domestic violence. Two women, acting on the belief that battered women deserve to be defended,  opened their home as the first shelter.

Read that again… Deserve to be defended.

Many biases prevented battered women from getting any help. Often, their pleas for help were ignored or not heard. Usually, the law was not on her side.
Why doesn’t she just leave?
She should keep working on her marriage.
Domestic violence doesn’t happen between lesbians because women don’t do that.

Those attitudes still persist. Recognizing, and discarding, biases about domestic violence and sexual abuse is how change happens. These still need to be called out.

Numerous biases in our culture penalize mothers with substance abuse issues (especially if they are poor and women of color). This topic, “Pregnancy and Parenting at the Intersections of Poverty and Substance Use“ was the focus of a workshop I attended at the Bangor Area Recovery Network.

Laws are based on these biases.
• People who use drugs should not chest/breastfeed. (Weigh the risks and benefits.)
• Naloxone does not work on a pregnant person. (Naloxone is safe during pregnancy.)
• If pregnant, one should stop using entirely and immediately. (Cold turkey would actually be worse. There are recommended treatments.)

This becomes the rationale for separating a family. That only complicates the problem. We know there are more effective strategies. The model of Eat-Sleep-Console is a family centered approach, rather than a punitive one.

The goal, always, is to help families thrive and to shape effective, healthy public policies. Come to the November 2nd conference and join the discussions.

Two of the presentations will qualify for IBCLC’s required counseling education.

This is a fundraiser for our legislative efforts to secure licensing for IBCLCs in MA. 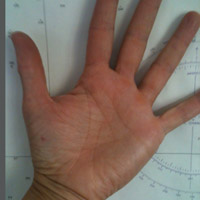